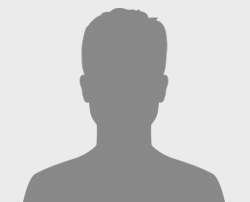 Jean-Yves started his career as an academic researcher in the field of image compression. At that time he grabbed the opportunity to get trained in cryptography by Prof. Jean-Jacques Quisquater. Aside research activities Jean-Yves managed a project for the deployment of digital television in Belgium, another to deploy broadband internet on cable TV, and another one to develop an open model for the management of entitlements for digital TV programs (set-top box).

Jean-Yves then joined the brand new “Multimedia” division of the main Belgian telco where he got involved in the deployment of the ADSL network and internet services, more particularly of video streaming. That done Jean-Yves investigated how the telco services could leverage the recently marketed multi-application cryptographic smart cards in collaboration with other sectors (public transportation, banking, retail…).

Later on, he joined the ZETES Group (now Panasonic) to start a new activity in the field of person identification, which would be based on the use of cryptographic smart cards. It was the occasion to get involved in the Belgian electronic ID card project, call for tender of which was won by ZETES.

For his next move, Jean-Yves joined TRASYS, an IT services company, where he worked as a consultant for large accounts, mainly in the field of information security, which business he eventually managed.

In 2011 Jean-Yves started his own consulting company, still acting in the field of information security.

The collaboration with abyoo started in 2019, wherein Jean-Yves adds the legal approach to the technical and organizational ones, which prevail to the protection of information.