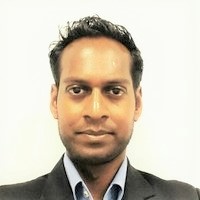 Kirouba has a chemical  background with a specialization in synthetic organic chemistry. He completed a PhD thesis in 2001 at the University of Strasbourg (France). The same year, he also obtained the Diploma in Patents and Trademarks from the Center for International Industrial Property Studies (CEIPI).

He started his career in Intellectual Property in 2002, as in-house Patent Attorney in a large multinational consumer goods company located in Belgium. There, he was responsible for various business units revolving around fabric and home care technologies, and also for upstream developments. After almost six years in industry, he successively joined two renowned IP Law firms still in the Brussels Area. During those years in private practice, he managed several key accounts involved in various industries, including semiconductor processing, beam treatment and food products.

In 2011, Kirouba joined another multinational industrial company, where he was given the opportunity to support various multimillion-dollar divisions. He was exposed to a wide range of technologies such as polymer technology and processing, material science, surface treatment, adhesives and sealants, coating and films, functional materials and fillers, three-dimensional printing, and medical devices.

Throughout his various roles, Kirouba has developed a considerable experience in managing all aspects of the patent lifecycle, from inventive ideation to post-grant procedures. He has acquired in particular a solid expertise in Intellectual Property generation and strategic IP.