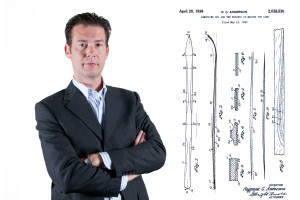 Christophe began his professional career in 1986 developing machine-vision based quality control systems in the nuclear industry (Belgonucléaire). Some years later, he joined the European R&D center of Nissan (Nissan European Technology Centre), where he stayed active for ten years . He lead a team in charge of establishing a technological strategy for the european market, particularly in the field of advanced electronic systems and alternative propulsion systems (electric and hybrid vehicles) .

He then refocused his career and joined a private intellectual property firm, where he became head of the patent department and Board member. Soon after having left this IP firm, he established his own practice and later formed the firm Pecher & de Groote, renamed ABYOO in 2016.

Christophe has thus been able to accumulate extensive experience, both in the industry and the IP world. He also acquired specific experience in patent litigation, in Belgium as well as abroad. He realized several missions as judicial expert in descriptive seizure procedures.